Psyop studio has announced the world premiere of its most-recent short film, Bottle Cap from directors Marie Hyon and Marco Spier, at the Clermont-Ferrand International Short Film Festival in France.

The animated short film follows the story of a fiddler crab named Shelton, who becomes an unwitting accomplice in the business of extinction as his dreams of being “average” are co-opted by new dreams of power and destiny.
Shelton’s journey was inspired when the directors traveled thousands of miles to a remote island off the coast of Brazil, only to be met by a bottle cap being washed up onto the beach.

The two were moved to take action against ocean plastic pollution in the way they best know how – tell stories in the hopes that the narrative might inspire change and shine a light on real world problems. 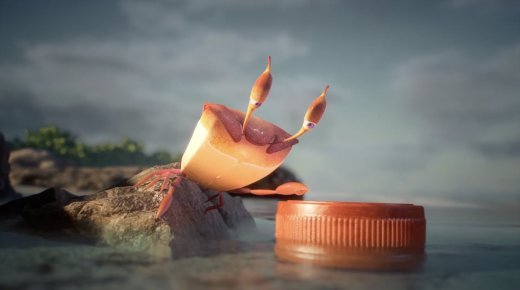